Posted by GoldenEto Posted on 10:40 PM with 4 comments 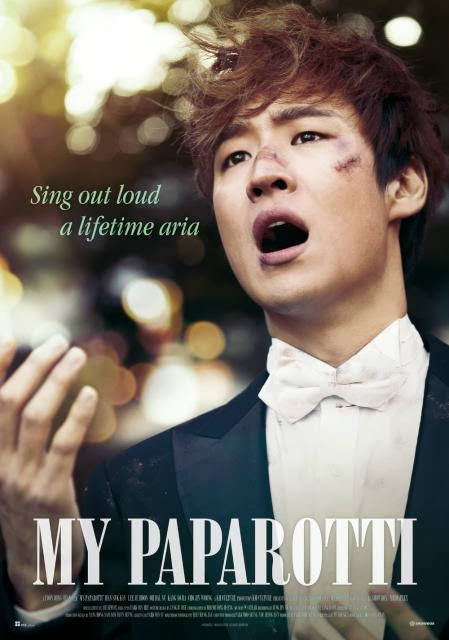 
Sang-Jin (Han Suk-Kyu) is a music teacher at an Arts High School in the small city of Gimcheon. He was once a promising opera singer in Italy, but a tumor in his throat ended his singing career. On a weekend, Sang-Jin drives out to the Gimcheon Arts High School from his home in nearby Daegu City to meet with the principle and a new transfer student. Before getting to the school, Sang-Jin pulls into the parking lot of a highway rest stop area. While parking his car, he scratches a black car parked next to him. Three men get out of the parked black car and threaten Sang-Jin. Then a young teen named Jang-Ho (Lee Je-Hoon) slowly steps out of the car. Sang-Jin becomes frightened out of his wits, but the young teen Jang-Ho ignores him and walks straight to his old beat up car. He peers inside the music teacher's car and listens to the opera music playing out of the teacher's car stereo. Jang-Ho then orders his three men to get the man's driver's license and then let him go.

Then, the door to the principle's office opens and the new transfer student walks in. Their new transfer student is Jang-Ho, whom Sang-Jin already met in the parking lot at the rest stop area. Jang-Ho is an enforcer for a powerful mafia group in Daegu City, but all he really wants to do is sing.


Based on the true story of Kim Ho-Joong, who first appeared on Korean TV show STARKING on July 18, 2009. During the program, Kim Ho-Joong surprised people with his vocal abilities and also made people cry because of his background story. He grew up as a troubled kid who joined gangs, but because of his grandmother he began to sing in earnest.
Filming began August 4, 2012 at a high school in Yeoju, Gyeonggi Province. The first scene filmed involved Jang-Ho (Lee Je-Hoon) as he transfers to Gimcheon High School of the Arts, after he caused trouble.
Filming ended November 1, 2012. Actor Lee Je-Hoon finished all of his scenes by October 22, 2012 and began his 21 month mandatory military service on October 25, 2012. The final scene filmed on November 1, 2012 involved high school principal Deok-Saeng (Oh Dal-Su) asking Sang-Jin (Han Suk-Kyu) to teach Jang-Ho (Lee Je-Hoon) in order for Jang-Ho to participate in a competition.