Posted by GoldenEto Posted on 6:49 PM with 14 comments 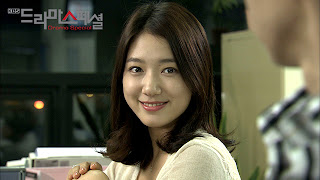 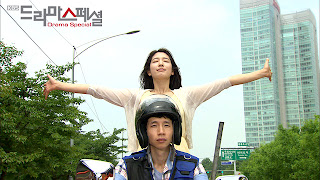 Moon-Ki (Bong Tae-Gyu) is involved in an accident and wakes up in the hospital. When he awakes, he can't remember his own name, family members or where he lives. Through fingerprint checks, he learns that his name is Moon-Ki and his address. When he goes to his home, Moon-Ki feels strange in the unfamiliar home. Moon-Ki then wakes up in the middle of the night and sees a woman (Park Shin-Hye) looking down on him. The woman tells Moon-Ki she is a ghost. Moon-Ki believes the woman is an illusion brought upon by his accident. Nevertheless, Moon-Ki later attends a funeral with the ghost and sees a photo of the deceased person. The deceased person is none other than the ghost!
The ghost's name is Kim Yeon-Hwa. She was murdered during a robbery. Moon-Ki doesn't know why she has come to him. He even asks her if she wants him to catch her killer, but Yeon-Hwa says no. Yeon-Hwa tells him that a detective will catch her killer, but there is something more important than catching her killer and the reason she has come to Moon-Ki is buried somewhere in his memory.