Posted by Rey_Suki Posted on 5:12 PM with 8 comments 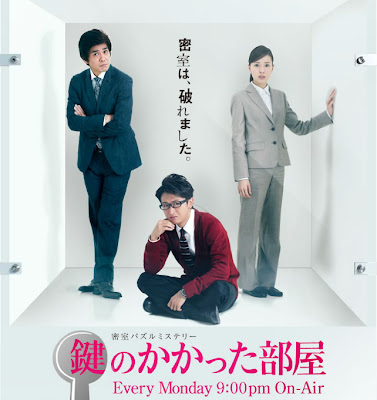 Plot: “Kagi no Kakatta Heya” is based on a novel by author Kishi Yusuke. Ohno plays an employee of a major security company who has to unravel various incidents. The series falls under the “locked room” mystery genre, in which crimes are committed under seemingly impossible circumstances (such as within a room with no apparent means of escape). Ohno’s character has an obsession with studying keys and locks, giving him an advantage in solving each mystery. -- Tokyograph